Is running a marathon really dangerous for your health?
119976 Hits

7 Ancient Grains You Need On Your Plate 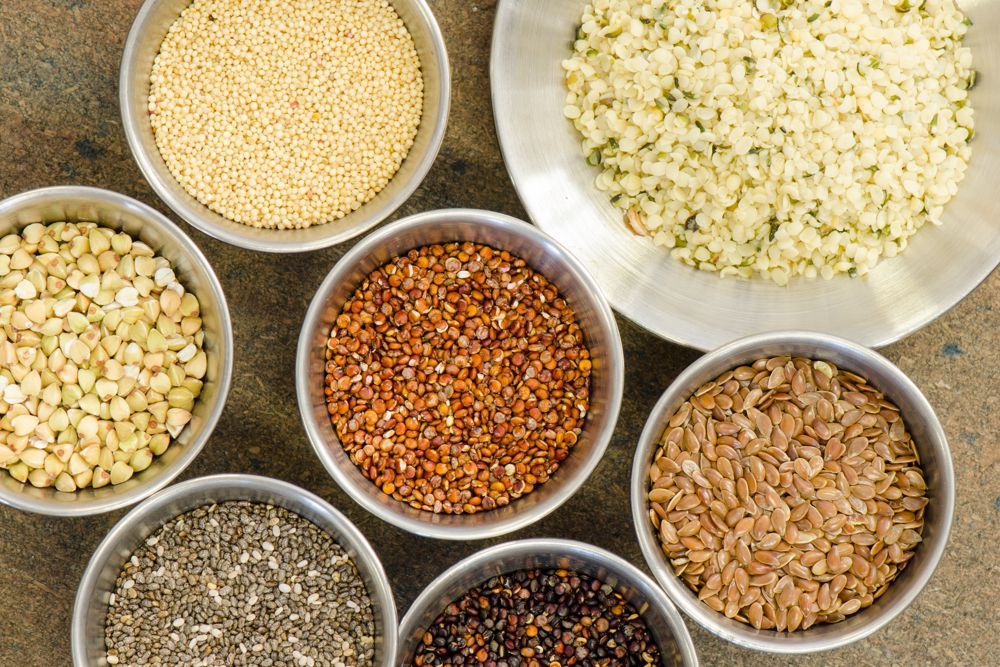 Modern wheat has been subjected to selective breeding over thousands of years, stripping it of many nutrients, but untouched ancient grains boast a far richer nutritional profile. Higher in protein and lower in gluten, they’re an excellent source of dietary fiber, which not only give you a “full” feeling, but are necessary  for digestive health.

While all whole grains are an excellent source of vitamin E and B-complex vitamins (great for the metabolism), ancient grains offer just that little bit extra. With more omega-3s and an assortment of minerals including iron, magnesium, zinc, phosphorus, selenium and copper, each ancient grain has something unique to offer.

Many ancient grains grow easily with little human intervention, using fewer fertilisers and pesticides, making them preferable from an environmental perspective as well as a health one.

Ready to add some texture and flavour to mealtimes? Go beyond quinoa and try these new and old favourites:

Like quinoa, amaranth is not technically a grain but a seed. First domesticated between 6000 and 8000 years ago, this high protein “grain” was a staple of the Aztecs. With a flavour that ranges from mild to quite peppery, it’s very easy to prepare – simply boil for 15 to 20 minutes, drain, and enjoy.

Commonly used in salads and soups, farro (an Italian word that broadly refers to three types of hulled wheat: einkorn, spelt and emmer) has a similar texture to rice, and a mild, nutty flavour. Try making farrotto – risotto made with farro – and look for non-pearled varieties, which are less processed.

Made from roasted green grains, freekah is commonly used in Middle Eastern cooking. It’s wheat, but retains a lot more of its nutritional value due to its early picking and minimal processing. Firm and slightly chewy, it’s great in soups, wraps or grain-based salads.

Kamut is the trademarked name for Khorasan which was a historical province in what is now modern-day Iran. Known for its strong, nutty flavour, it’s popular in cookies, pastries and sweet breads.

Technically a small-seeded grass, millet has been cultivated in East Asia for thousands of years. Alkaline and gluten-free, it’s a popular choice for people affected by celiac disease. Toast millet for a couple of minutes before cooking for a nuttier flavour, or try it simmered with milk, honey and spices for breakfast. With 15 per cent protein it’s great choice for vegans and vegetarians.

A relative of millet, sorghum flour is easily substituted for regular flour in most baking – just remember to add some sort of binder, as sorghum lacks gluten which generally acts as a binder in baked goods. It will also pop just like regular popcorn – add it to the menu for your next night on the couch.

An African native, tiny teff is about the size of a poppy seed, and is higher in calcium, thiamine, fibre and zinc than quinoa. Another gluten-free option, it cooks very quickly (due to its size), with ivory varieties being milder in flavour than the darker red varieties.

How do you feel about this post?
Happy (0)
Love (0)
Surprised (0)
Sad (0)
Angry (0)
Tags:
health excercise nutrition nutrients
Alcohol and Fitness
Things That Are Sabotaging Your Workout

5 Ways to Shake Your Salt Habbit