Is running a marathon really dangerous for your health?
120420 Hits 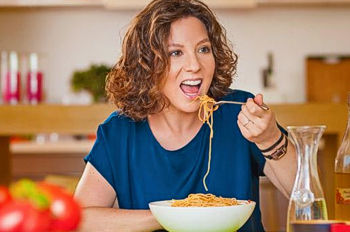 Eating carbohydrates late at night is, as we all should know, real bad news for our digestive systems and for putting on weight – right?

The hypothesis behind the assertion that ingesting carbohydrates at night is based on the fact – well, supposed fact – that as you approach bed time your metabolism begins to slow down and thus during sleep your digestive system is also likely to be in a low power state. As you are burning fewer calories during this time your metabolic rate switches off or goes into a low power mode. At least that is the conventional wisdom.

However, research has shown there are rises and falls in the metabolic rate even during deep REM sleep – known as the sleeping metabolic rate (SMR), which often correlates with day time rates. There’s also evidence that exercise increases metabolic rates, which perhaps proves the old adage, ‘after supper walk a mile.’ Obese individuals are likely to have lower metabolic rates than the average.

Insulin and glucose tolerance levels are another aspect affecting how our food is digested. Research indicates levels of blood glucose and insulin are usually higher after evening meals compared to morning meals, although in comparison to after mid-day meals there is little or no difference in either glucose or insulin sensitivity or tolerance. 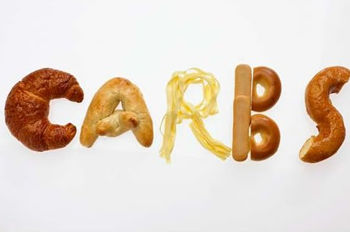 Further contradictions to received assumptions were revealed recently in the Journal of Obesity quoting research in Israel which placed two groups of presumably overweight people on a low calorie diet for six months. Each group consumed the same amount of calories, carbs, protein and fat. However, one group consumed their carbs during the day while the other ate most of theirs at night. The results of the experiment were surprising: those who ate most of their carbs in the evening lost significantly more weight than those who consumed most of the carbs during the day. Not only that but the group of evening eaters suffered less day-time hunger and overall lost more body fat.

The explanations for this conundrum are just as complex as the human body. Hormonal adjustments seem to be involved causing lower baseline insulin levels in the evening eaters who also had lower levels of bad (LHL) cholesterol and higher levels of good (HDL) cholesterol.

Weight Training and Lifting After a Break