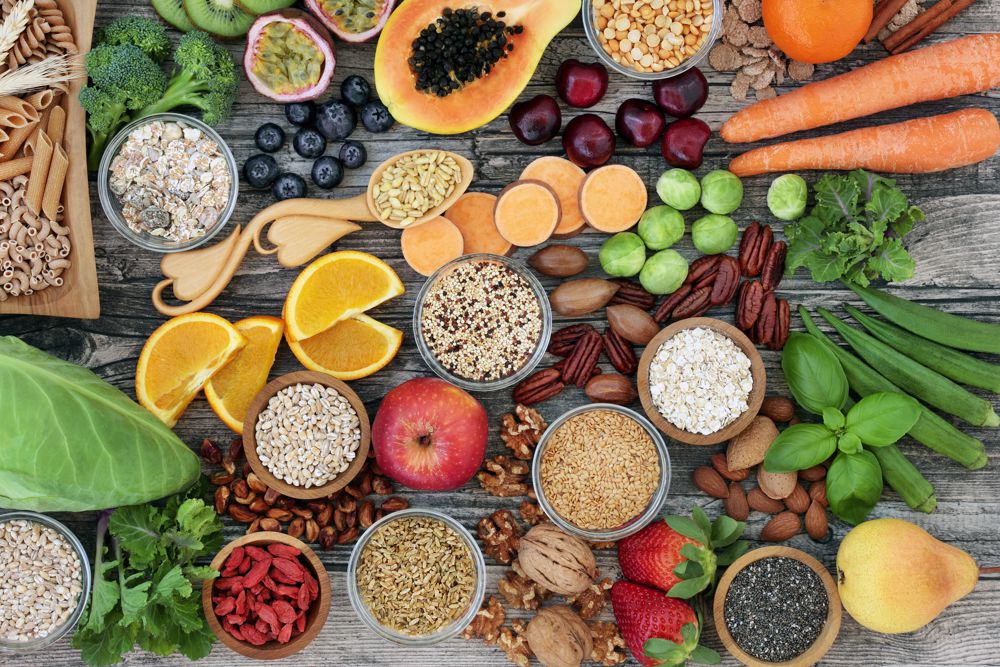 Luckily we've uncovered 5 of the healthiest ingredients that you probably haven't used yet!

Coconut oil, derived from coconuts, is mainly a saturated fat. The fact that it’s a saturated fat means that it remains stable even when subjected to high temperatures. This is unlike polyunsaturated fats, such as peanut oil, sunflower oils, etc., which are very unstable and when subjected to high temperatures, quickly become rancid. Coconut is therefore a fantastic oil to use in cooking on the stove instead of the regular polyunsaturated oils that are commonly used. Coconut oil can also be used in baking as a butter substitute.

Coconut oil also contains compounds that have been shown to display antibacterial and antifungal effects. This oil has also been shown to reduce triglycerides, LDL cholesterol and increase HDL (the good) cholesterol.

Cacao - not cocoa, the sugared version – is a very nutritious food that is now considered a superfood. Cacao is actually very high in fibre and minerals, including iron, magnesium and copper. It has also been found to be one of the highest antioxidant containing foods in vitro, containing polyphenols, flavanols, and catechins. The antioxidant capacity also makes this food protective against heart disease. Cacao has been found to act beneficially in the body by lowering LDL cholesterol and increasing HDL cholesterol.

Cacao can be used in smoothies and as a primary ingredient in healthy dessert recipes.

Kale is very high in vitamin K, C and vitamin A, as well as the minerals calcium and potassium. This supergreen is also high in the compound indole-3-carbinol, which has been shown to be potentially beneficial for women suffering from estrogen-excess disorders.

This supergreen should be consumed regularly to take advantage of its amazing nutritional content. It can be included in juices, salads, or with other vegetables in a meal.

There are many different types of seaweed that can be consumed by humans. They generally all contain high amounts of the minerals iodine, calcium, iron and magnesium, as well as high amounts of antioxidants. The iodine content is used to manufacture the thyroid hormones and Western diets are generally depleted of this nutrient, so it becomes even more important.

Seaweed is often used in Asian dishes, such as sushi and miso soup, but can also be purchased dried (such as kelp), where it can be incorporated through juices and smoothies.

Chia seeds are high in fiber, which slows absorption of food and increases fullness, therefore making them beneficial in weight loss programs. These seeds are also high in protein, with a good balance of all of the essential amino acids, making them an excellent source of protein for vegetarians. They are also high in omega-3 fatty acids, antioxidants and minerals including calcium and magnesium. The nutrient density of these seeds makes them one of the most nutritious foods there is.

Chia seeds are very versatile to add into the diet. They absorb both water and fat and are therefore used to thicken sauces, or to substitute egg in recipes. Blended with water, they turn to a gel. They can be added to muesli, smoothies, porridge or baked goods.

How do you feel about this post?
Happy (0)
Love (0)
Surprised (0)
Sad (0)
Angry (0)
Tags:
health nutrients diet
Enhancing Your Daily Walk
The Mediterranean Diet

What harm does over training do?